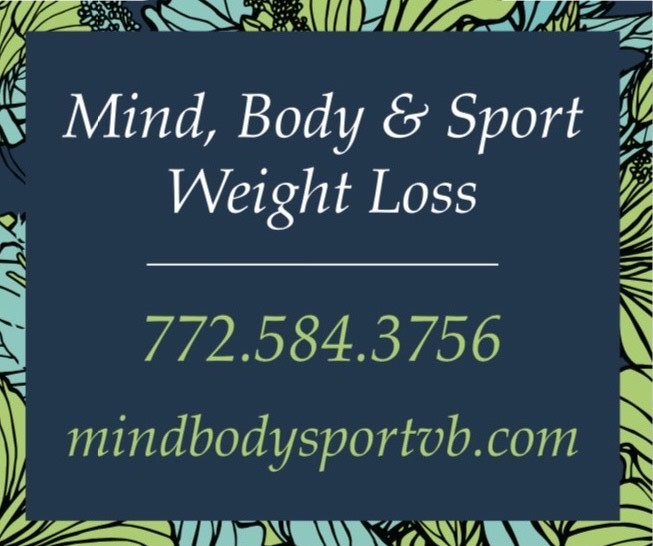 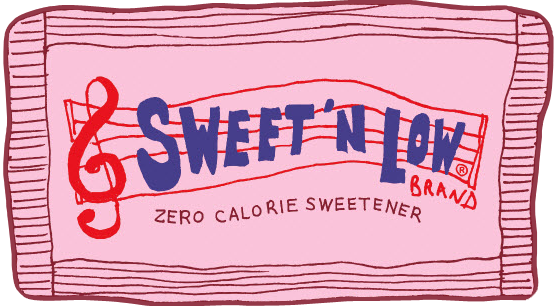 Artificial sweeteners are something we get asked about a lot. Many people have a strong opinion on their safety and health effects. Opinions are one thing. But how about the evidence?

This is a review of the evidence on the link between zero  calorie sweeteners and obesity, diabetes, cancer, kidney disease and Alzheimers.

​Where Artificial Sweeteners Fall in Spectrum of Health For Most People

Many people are somehow more concerned with artificial sweeteners than other more pressing diet issues.  The first goal for most people should be to correct macro-health issues caused by a dysfunctional metabolism. Things like obesity, cardiovascular disease, insulin resistance, high blood pressure, high cholesterol.

70% of the population (affected by obesity or overweight) have bigger fish to fry than whether they should be putting splenda in their coffee.

...there is a lot of alarming information out there floating around the Internet. And even if the greatest health damage is mental stress due to worrying about possible risks associated with aspartame or sucralose, that's still a problem.

If you're someone who looks to science (not ideologies or anecdotal stories) for guidance, there's only one thing to do. Conduct an objective analysis of the evidence and make educated choices to apply that evidence to your situation. So here we go.

Do Artificial Sweeteners Cause Obesity?

Artificial Sweeteners have long been thought to help people lose weight and prevent weight gain. Recently there is much debate whether diet soda and other zero calorie foods actually increase obesity. When you learn the real underlying reasons for weight gain, you will realize that switching to sugar substitutes as a way to lose weight without addressing your overall diet is completely misguided.

That being said, it would be good to know if there is evidence to suggest artificial sweeteners alone can make you gain fat. So let's start by taking a look at the strongest analysis of studies on this relationship.

The most comprehensive analysis done to date was published in the American Journal of Clinical Nutrition in 2014. The study looked at 24 clinical trials measuring the effects of ​'low calorie sweeteners' on body weight, fat mass and BMI.  The studies included a wide variation in the populations including over 1900 subjects.

No correlation was found between artificial sweetener intake​ and weight gain, fat gain or waist circumference. It did show a modest decrease in weight (1.76 lbs), yet a slight increase in BMI (0.3 points), with intake of artificial sweeteners. These changes are negligible on overall affect on health.

This is strong data that doesn't support the claim of artificial sweeteners by themselves causing obesity. 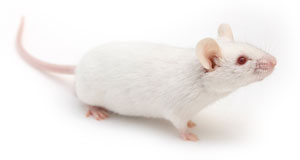 One possible mechanism of weight gain with preliminary research to support​ it, is the effect that artificial sweeteners have on gut bacteria.  A study published in 'Nature' in 2014 was done on mice fed saccharin, sucralose or aspartame. It showed that gut bacteria changed and the mice experienced an increase in glucose intolerance. This is a factor than can contribute to weight gain, but human data is not significant so far, with mixed results in 7 individuals in one study.

While online media sites have run wild with attention grabbing headlines from this study, it's too preliminary to draw any clinical conclusions. It should be studied further because there is increasing evidence for gut bacteria playing an important role in metabolic health.

Do Artificial Sweeteners Cause Diabetes?

The same study in 'Nature' referenced above with the mice has often been cited in the media as possibly linking sweeteners with Diabetes (it does make for a compelling headline afterall). The observed effect of glucose intolerance is a symptom of pre-diabetes.  But the same limitations of the study apply. It was in mice, and only a handful of humans with mixed results. It's also not consistent with the body of evidence showing artificial sweeteners do not significantly affect blood sugar, such as this study on  sucralose.

That being said, it's something that further study is warranted on. For example, we might find that there is a genotype for those most likely to have their gut bacteria affected and blood sugar raised by artificial sweeteners. Or there could be certain confounding diet and lifestyle factors.

Gut bacteria is the focus of intriguing research. Just as with obesity, there are many factors which can affect the make up of one's digestive microbiome. Saccharin, aspartame or sucralose intake could be one factor in certain people, based on this study.

What this research can't tell you is that overall diet and lifestyle is more important.

For example, how much protein and fiber you eat with sugar, artificial or otherwise, makes a major difference in its affect on blood glucose and insulin response.

A high processed grains & sugar diet can also lead to an imbalance of gut bacteria (which applies to most Americans). A previous episode of acute gastroenteritis, or a weakened gastric lining due to NSAID overuse, or antibiotic overuse, can all be causes of undesirable bacterial overgrowth in the digestive tract.

To say any artificial sweeteners cause diabetes in a real world setting isn't possible based on existing data.

Do Artificial Sweeteners Cause Cancer?

The original concerns about cancer and artificial sweeteners started with rat studies in the 1970's done with saccharin that showed an elevated risk of bladder cancer. This prompted the federal government to require a warning on labels of all food products containing saccharin.

More recent reviews of this research have essentially invalidated them, as explained in this New York Times story.

​It turned out that there were other possible factors for the higher instance of cancer in certain rats, and it could not be exclusively linked to cancer. The even bigger problem is that the saccharin-bladder cancer link has never been corroborated in human studies.

A Badly Worded Aspartame Study Title Started It All Over Again

The power of media headlines is apparently nothing new, even before blogs and twitter got rolling. In 1996 a study simply asked the question, "Increasing Brain Tumor rates: Is there a link to aspartame?"​ Well, if you read and interpret the study, the answer is most likely no.  And other studies since have never been able to confirm a link.

But, that didn't stop the belief from perpetuating, resulting in a sea of anecdotal stories and theories presented as evidence.

Noticing a theme here?  As you can imagine, folks in the trenches of the scientific community aren't big fans of sweeping conclusions based on rat studies, which fall into the lowest level of evidence. The cancer and artificial sweetener scare got renewed juice from aspartame studies that showed elevated cancer in rats.

Notably, these studies are all from one research center in Italy called the Ramazzini Institute, who's purpose in existing is to find carcinogenic links to environmental substances and food additives.  They have fought vehemently to convince the world that aspartame causes cancer, there's just one problem. No credible study has ever corroborated their evidence.

Both the ESFA and FDA found no basis to conclude any link can be made between cancer and aspartame based on the Ramazzini data, which they pointed out several flaws with. ​

Can Artificial Sweeteners Damage your Kidneys?

In 2009, a study concluding that diet soda is linked to reduced kidney function was presented at the American College of Nephrology annual conference and later published in 2011 in the Clinical Journal of the American Society of Nephrology. ​

It was a retrospective analysis of the Nurse's Health Study, using a subgroup of self-reported data in women from 1989 to 2000.​ They were originally trying to measure for an association between diet soda intake and microalbumineria (MA), an indicator of kidney disease. They also measured estimated kidney flow rate (eGFR), a primary measure of kidney health.

The impetus for this study was an analysis from NHANES that looked at sugar-sweetened beverages and kidney disease, which showed no correlation, but NHANES did not look at eGFR.

While there was no association found for MA in either the sugar-sweetened or artificially sweetened groups, the data did reveal a 2-fold increase in chances for significant decline in eGRF for women who drank 2 or more diet sodas daily.  Women who drank less than 2 diet sodas showed no change. ​

This study has been cited in many media articles concluding that diet soda reduces Kidney function. It's definitely data that we can't dismiss, but we also need to understand this data to make a sensible application in our lifestyle choices. ​

First off, a general guideline for a healthy lifestyle, as we give in our clinics regularly, would be to limit yourself to 2 servings daily of any particular artificially sweetened beverage or food. That's just from a pure behavioral standpoint. Understanding how to better eat whole foods that are naturally sweetened is core to any lasting lifestyle change.

That aside, it would be helpful to better understand the implications of this one study showing a possible link between diet soda intake and reduced kidney function. Here are some important points about this study:

There are other well-designed studies which detected no link between diet sodas and worsening kidney function.

Even though the data is mixed, it suggests that high intake of diet soda could be linked to reduced kidney function. It makes sense to limit your intake.  We can't make a connection to any particular artificial sweetener with this data, but limiting sugar-free candies, gum, drinks or foods to 2 per day is wise.  Consult a qualified physician for specific guidance on your case.

Do Artificial Sweeteners Cause Alzheimer's Disease?

The claim of a link between artificial sweeteners and Alzheimer's comes primarily from one retired professor's rather obscure book and the publicity it received thanks to Dr. Joseph Mercola, who is known more for alarmist emails and supplement pitches than he is for good science, unfortunately.

The Mercola Aspartame claim stems from a book by Woodrow Monte (who dedicated his career to proving this claim) that explains why aspartame leads to a dangerous​ form of methanol in the body. Research shows methanol to be damaging to the brains of monkeys, although not mice because they seem to have a defense that removes it from the body without harm.

Other experts disagree however, such as this study saying that the actual harmful substance resulting from methanol - is formic acid build up. The data shows that there is no formic acid buildup in humans even after consuming extremely large doses of aspartame equal to 70+ cans of diet soda for a 150 lb person.

There is no study showing a link between Alzheimers and aspartame to give any credibility to this claim.​

If there is any possibility of a link to Alzheimer's, it would most likely be the study on gut bacteria in mice mentioned previously. Alzheimer's is an eventual complication of Diabetes, so the chain of conditions could make sweeteners a link. But, we do not yet have enough data to clarify the effects of artificial sweeteners on gut bacteria and glucose intolerance in humans.  ​

Should you avoid Artificial Sweeteners?

​Whether or not you should avoid eating or drinking artificial sweeteners depends on your personal preference and health goals. The evidence clearly shows moderate use of Artificial Sweeteners to be safe.  Loading up on sweeteners all day, however, could be the sign of an eating disorder or other unhealthy habits.

If you are utilizing artificial sweeteners such as sucralose or aspartame to support your efforts to lose weight for health reasons, then you are doing far more good than harm. As we said in the beginning of this article, addressing metabolic dysfunction due to obesity and or insulin resistance is a bigger concern than using sweeteners.

If products containing zero calorie sweeteners are helping you to lose weight, you can feel safe using them. Plus, any worthwhile weight loss plan has a beginning and end, with a transition to a healthy balanced diet for maintenance. You can choose at that point, whether or not your new healthier lifestyle will include any artificial sweeteners.